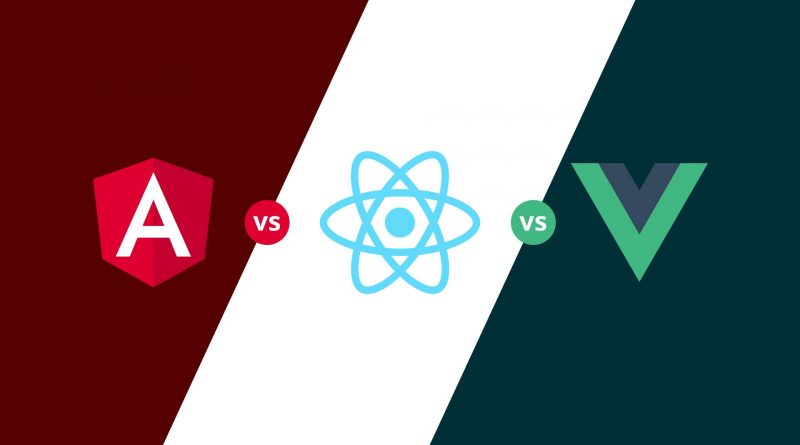 This blog will guide you with a strong knowledge of three famous front-end frameworks.

It will compare these three languages to make future choices easier for you. So let’s get started,

Angular is a front-end framework developed by Google itself. It is opting for building single-page web applications. Angular is categorized as an open-source front-end framework. It was first released by Google in 2012. It is based on MVC architecture (Model view controller), which is used in web app development. Angular is popularly used for the client-side framework. Angular does three things; builds a website, design a website, and organize the code. For example, Google, Forbes, Watsapp, Instagram,

Facebook created react in 2013. React allows its user two things, first to describe the user interface, and secondly a model state of those interfaces. It’s a library hence it’s least complex than angular. That makes react easier flexible for developers. Above all, when the transaction took place, react updates the user interface based on that state. The best part about react is it is a mobile solution; React Native is one of the leading technologies for Android and IOS apps. Moreover, it is used for building a solution for native apps and sophisticated web development. For example, Twitter, Netflix, Facebook, Uber, Paypal

Vue was created by Evan You in 2014. It is used for building a user interface – it is an open-source JavaScript framework. It is a progressive framework and incrementally adaptable in any environment. Vue supports its developer if it’s working on a single-page application using a combination of modern tooling and supportive libraries. It is in one solution for single-page applications and small-size web solutions. For Example, Baidu, GitLab, Alibaba, etc.

Angular, React or Vue which has the best community

Angular and react teams are continually working on updates and improvements every single minute. They are followed by huge communities because they were originated by tech giants such as Google and Facebook, which already are big social media platforms.

Comparable to them, Vue’s team is not so well-known, but they are also releasing new updates regularly and putting up good when it comes to maintenance of their site.

As we all know, Angular has well-known famous users such as Google, Forbes, Watsapp, and Instagram, which made up the best community. Looking along with the GitHub community, then React is not less than anyone else, which has 40 million contributors.

Who gives you the best job opportunities

React is the framework that gives you more job opportunities than any other framework because,

If you are a beginner then you should definitely opt for web developer certification of React.

Pros and Cons of Angular

Pros and Cons of React

Pros and Cons of Vue

Who is more flexible

Angular fulfill every requirement, but it’s not very flexible. It depends on what you need; flexibility or everything from routing to templates. Angular offers everything in the package, and one just needs to start to code.

React has not much in its library like angular, but it gives freedom to choose your favorite programming tools. It’s flexible and provides dynamic applications for businesses.

Vue gives a lot more options than React along with flexibility. Vue has a server-side render to initiate the server-side development of an application. It also provides you add-ons like Vue Router and Vuex.

Angular vs. React vs. Vue

Let’s look at this table for a general comparison between these three; Angular, React, and Vue.

Which framework is suitable

It always depends on the type, scope, and complexity of your project. Also, the demand of your client, market trends, skills of your best developers, and your personal interest.

If you want easy and fast learning opts for Vue, also, if you need a single page application. If your project is self-sufficient, then go for Angular, If your Preference is Typescript, then Angular is suitable. And if you are looking for flexibility in the framework, then go for React.

Well, React is most widely used than Vue, and lastly is Angular because it’s more proficient at learning React.

Angular is not flexible but provides you all functionalities a developer needs to build a website. Vue doesn’t have a vast community, but they are improving day by day. Angular and React have significant communities because they are originated from giant techs like Facebook and Google. From the above guide, if you have chosen your desired programming language, then my advice to you is to go for online web developer certification right away. 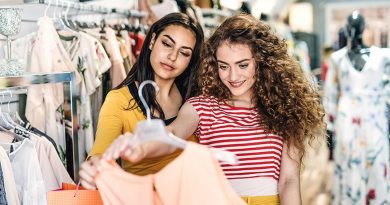 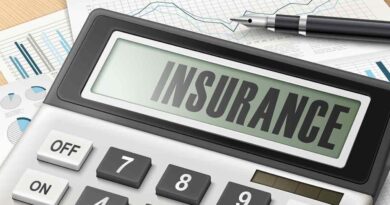 What are the aspects that impact the calculation of health insurance?

Weight Loss Strategies To Help You Regain Your Confidence!