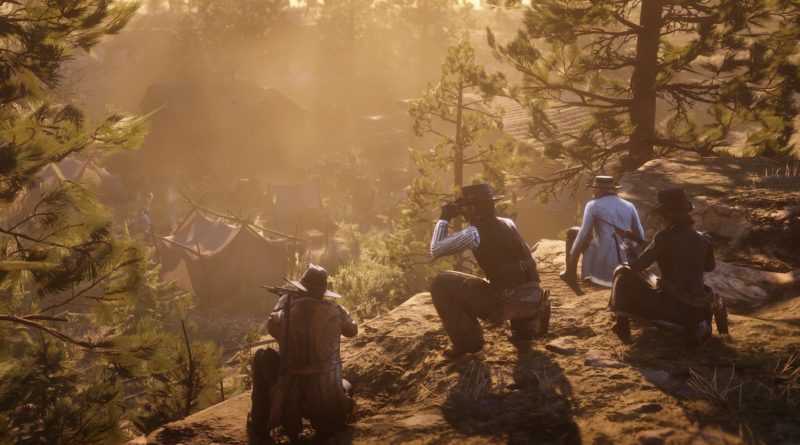 Red Dead Redemption came out earlier this month and is already a great game. And after some announcements and rumors, the Online game mode is here. Online also has the extremely popular Battle Royale mode. The Red Dead Online is really fun, it’s not as crazy as GTA online. But it is very different and has the type of game modes like the Call Of Duty series. If you own a copy of Red Dead Redemption you should hop on the Online mode and check it out. You might end up loving it, its gonna be a lot more fun when they add playing with friends.

Red Dead Online went live like a couple days ago, and already has a bunch of game modes to choose from. There about two different type of things you do right now, free roam or the showdown playlist. In the free roam it’s like the GTA where you can go around doing things with other players. But the showdown mode is where all the fun is, there is a showdown series and a showdown series large. The normal showdown series has about 16 players and the large has double that 32 players. There is also a racing option, where you can race in your horses with other players.

Its worth noticing that even though its a beta, it has been running rock-solid on the PS4, Xbox users did run into some issues on release. But those have been fixed now as well. It has been a cinch dropping into a session, where up to 32 players can roam Red Dead Redemption 2’s spectacular map. And once in the city of St Denis or mountains of Ambarino, we have yet to suffer much in the way of lag, glitches or server crashes. So the technical foundations are solid, while the world you set out in is correspondingly flabbergasting. You start as you may expect; making your outlaw from scratch, picking your gender, features, hair and body type from a reasonably complete customization suite. At that point you are put in a jumpsuit in the Sisika Penitentiary, before being stacked onto the back of a prisoner transport wagon.

On your way to whatever work detail the feds had arranged, you are broken out by a trio of men lead by the sharp looking Mr. Horley. Clearly you are wrongly charged, as Horley’s boss Jessica Leclerc lets it know. Mrs Leclerc’s husband was killed in the Blackwater escapade you were locked up for and she needs you to help demonstrate your innocence and guarantee her retribution. So she breaks you out, sets you up with a ragtag bunch and puts you to work.

In the free roam mode there is no passive option like GTA Online, so anybody you come across can kill you and take over your camp. So keep a white flag up if you don’t wanna fight anyone. The sense of constant menace really fits the Wild West world. I am sure a passive mode will be added after the beta phase. For now though, the sense of unease and distrust feels appropriate, bringing a certain flavour to an online game that looks to be laying some fine foundations. 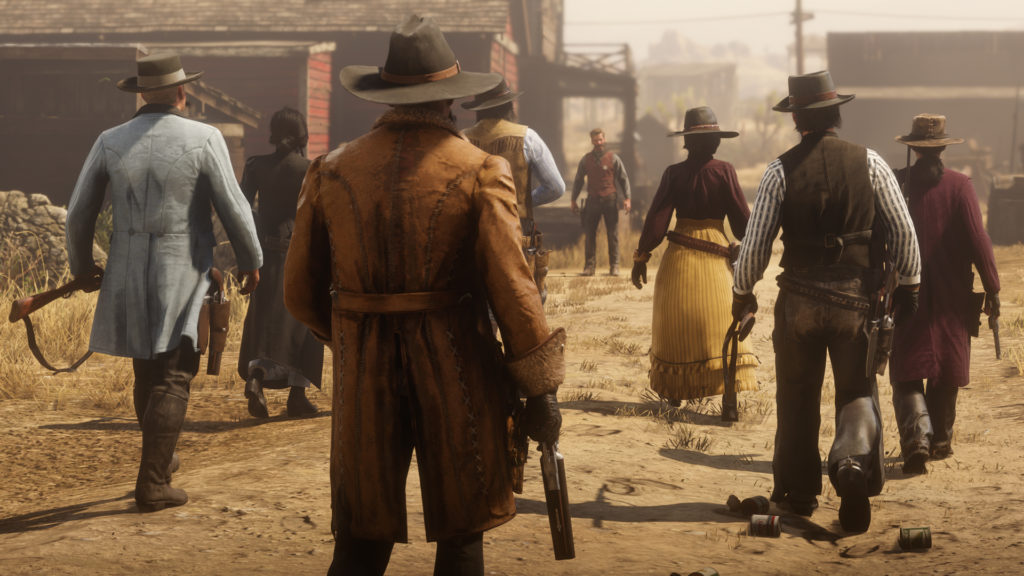 There are about two types of Battle Royale you can end up playing, one with bow-and-arrow the other it with throwing knives. Its just like any other Battle Royale where you will need to kill other players and be the last one alive. Either you kill them with bow-and-arrow or throwing knives depends on the mode. But there are a couple other modes you can also get into. Make It Count succeeds by adding its own twist to the last player standing style. The map shrinks as you play, but combatants have either a bow and arrow or a handful of throwing knives. This is really good fun, bringing a stealthy and primitive, but altogether quicker, flavor to the Battle Royale staple rather than a focus on scavenging and lengthy match-ups.

Showdown Series pits you in a range of competitive modes against other players. You can either go to locations on the map to take part, or select from the player quick menu by pressing left on the d-pad.

These more recognizable deathmatches and Domination game types aren’t necessarily Red Dead at its best; its weightier control system not as suited to the tight battles. They do make for a decent change of pace, however, while the pick of the bunch so far is the Battle Royale-esque Make It Count.

Be it free roam or competitive play, everything you will do will earn you XP. And as you level up you will have access to better gear and other things. As you level up more money making schemes will be available to you, just like the GTA Online. The gold, which will eventually be purchasable in microtransactions, can also speed up unlocks. One hopes that the balance of Rockstar’s monetization is carefully considered when Red Dead Online comes out of beta in the weeks or months ahead.

And hopefully, they don’t end up turning it into a microtransaction galore which GTA has now turned into. Red Dead Online has had an amazing start and when it will leave beta, hopefully, it keeps on getting better and better. More things and modes will be added with time, we need to be patient with Rockstar. They have done a great job with the game and hopefully keep doing so. 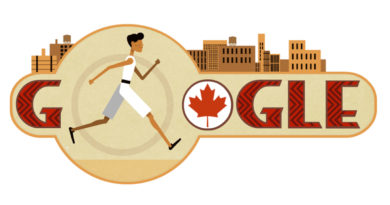 Who is Tom Longboat? And why is Google Celebrating Him?!

Ocean’s 8 release is upon us -But can it live up to expectations?