Sydney is one of the most lively cities in Australia. It is the largest city in the country with approximately 724 square kilometres and is also the most populated with over 5 million inhabitants and about 1.8 million private dwellings. Sydney also consistently ranks high among the most livable cities in the Asia-Pacific region.

Thanks to its highly-developed economy, Sydney has become one of the world’s most significant financial hubs. It is also home to an advanced healthcare system that offers the most effective clinical treatment modalities. Wart removal in Sydney is the most sought-after treatment relating to dermatological conditions.

However, there are still individuals who hesitate to avail of this treatment because of some misconceptions. Here are three common misconceptions regarding wart removal:

According to an article by The Daily Telegraph, Sydney consistently ranks high among the world’s most expensive cities. In the year 2019, Sydney ranked 11th  on the list according to the Moving Price Index. Because of this, the living standards in the city is high, which leads to increased costs of goods and services.

A common misconception because of this is that medical treatment is expensive. Although some forms of healthcare services are indeed expensive in Sydney, that is not the case with wart removal therapy.

Wart removal therapy, especially microwave therapy, is arguably the most affordable treatment modality in Sydney. If you have been suffering from warts for quite some time now but worrying about the cost, wart microwave therapy is a great option.

Wart removal treatment can be done in a shorter period or longer period depending on several factors. For instance, not all warts are counted equal as they come in different shapes, sizes, and forms. The larger your warts are, or the more widespread they are, the longer your therapy will last.

On the other hand, if your warts are small and minimal, your therapy can be done in a much shorter duration. Wart removal therapy typically takes 3-4 sessions on average with about four weeks interval between sessions. This means your warts can be removed in less than three months.

A common misconception regarding wart removal therapy is that it hurts a lot. This is not true. Advanced procedures for wart removal, such as medical microwave technology is not painful at all when compared to conventional treatment methods like invasive surgery and medications.

Wart removal procedures like swift therapy do not cause pain. It only causes a bit of discomfort because the area where the wart is located is heated rapidly through microwave energy. The temperature reaches around 40 degrees Celsius.

If you have been suffering from any form of wart, then you should immediately consider wart removal therapy. If you don’t, you are increasing the chance of infecting people who are close to you, such as friends and family.

Do not let misconceptions and false information stop you from getting the proper medical treatment for your condition. No need to worry about wart removal in Sydney, simply check out a reliable practitioner and experience the benefits of wart removal therapy.

Commercial Real Estate Investing: How To Invest for Beginners 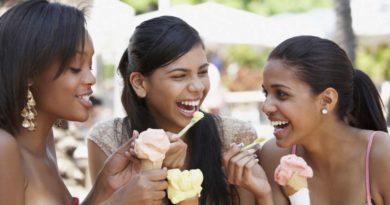 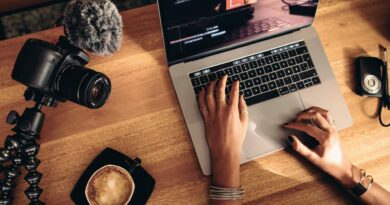 10 Unique Vlogging Concepts to Blow Up Your Social Media Pages!