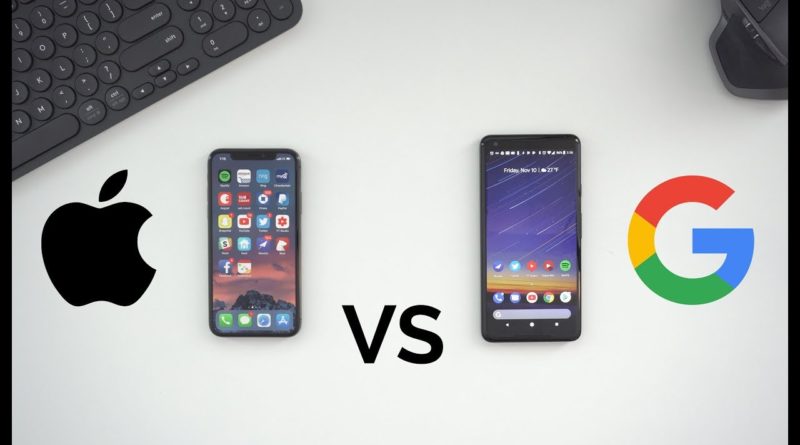 iPhone X vs Pixel 2, this battle has already been going on for a while now. But which one is truly better than the other?
Well, in today’s tech-savvy world where technology is ever changing and there are hundreds of options to choose from. Why only these two?

Apple has been a pioneer in relatively new technologies when it comes to handheld gadgets and other computer products. The Software and hardware both are exemplary of the Apple Inc,  Which also states the company’s reputation and image. Google, on the other hand, has mostly been known for its software technologies. There is the Google Search Engine, without which most people cannot even imagine their lives today. And then there is The Android Mobile OS.

Android has been Google’s top platform for mobile OS and is the most used mobile OS in the world (a majority of the phones are on android). But only recently has Google gotten in the mobile hardware game itself. By releasing its first ever phone the Google Pixel. Google has a good start in the Cellphone manufacturing business. And although there might have been some major flaws in the pixel 1 Google seems to have overcome them in this recent release. 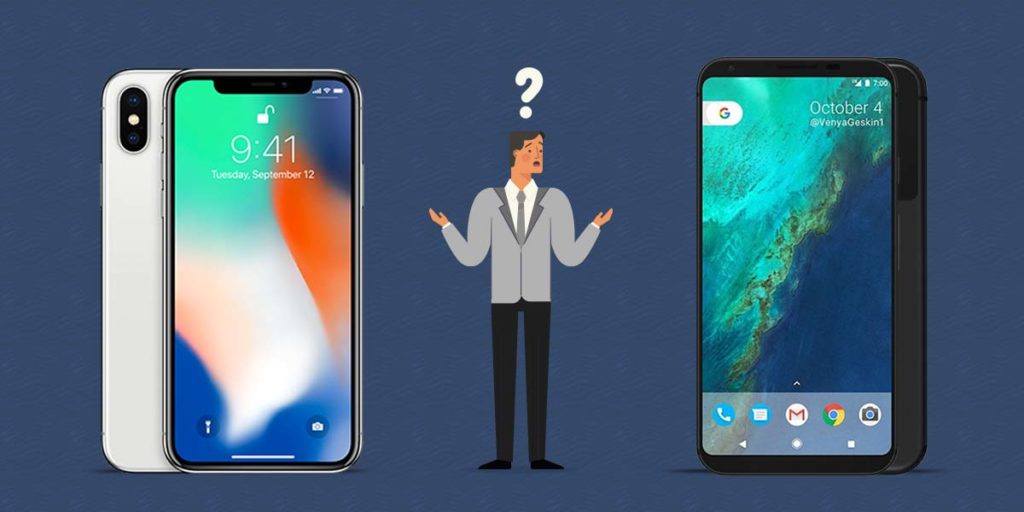 For Apple users, iPhone X is probably the only pick as most of them don’t really intend on buying the iPhone 8 or 8 Plus. And The iPhone X is something very different from the previous versions. The iPhone x specification and the whole design itself is very different and unique. Removing the long-loved iPhone Button from the screen and trading it off to more screen is probably a good decision by Apple.

The iPhone x colors include Space Gray and Silver.
Whereas the pixel 2 colors include White, Black and kinda Blue (which is an amazing name for a phone color).

Speaking of Specs, here are the iPhone x specification 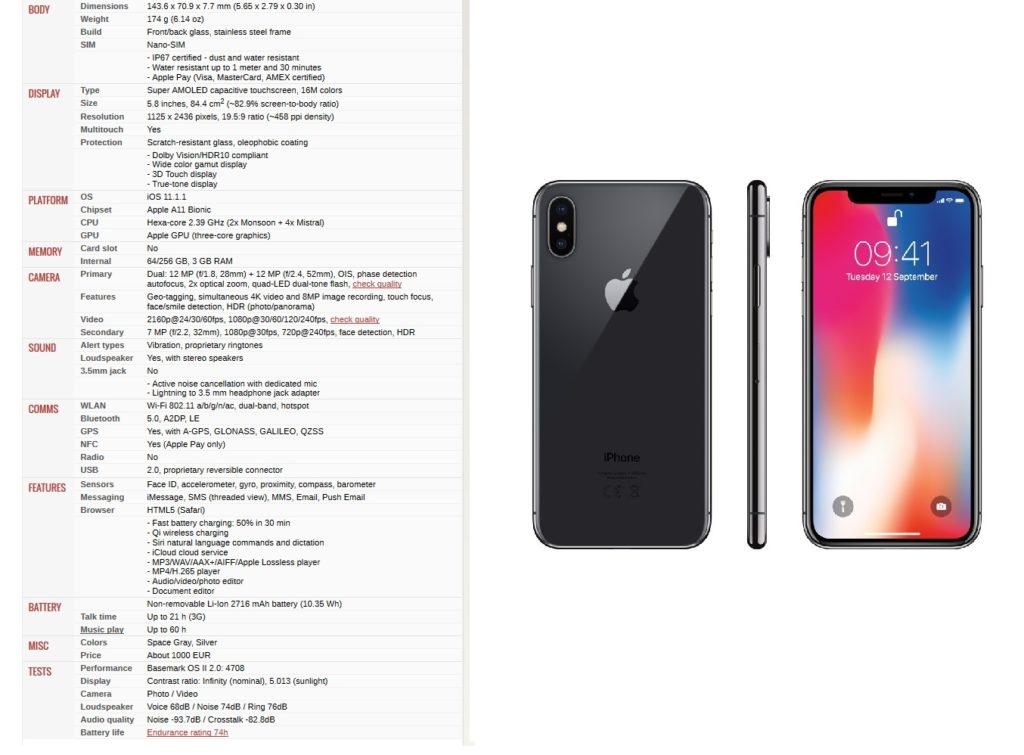 And here are pixel 2 specification… 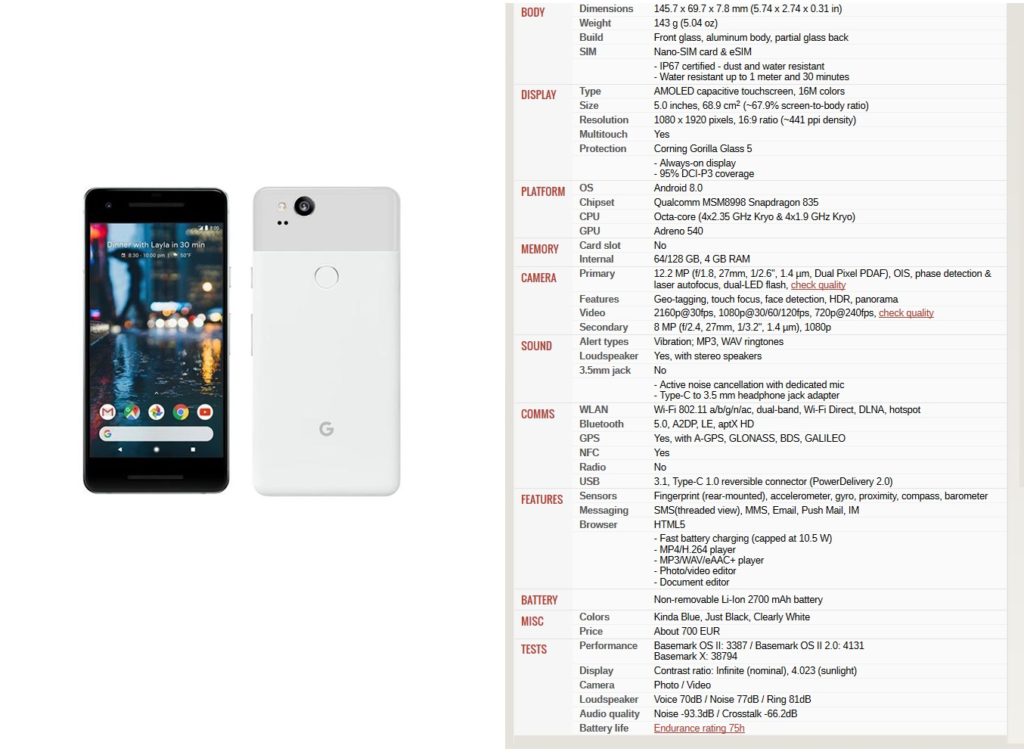 By the upper Specs, the first thing you should notice is the difference chip-sets. As the Apple products have their own hardware they cannot really be compared to Android products. Android products all over the market are made by different manufacturers and hardware is not nearly the same. But what is same on every single Android device out there is the software (with modifications). All of them run Android which is by Google.

Since Google launched its own phone, people have to take notice that even though the same software is available for many phones across the planet. But Still, Google has to keep somethings to itself (or maybe not?). The Pixel 2 specification and Pixel 2 XL specification, both are similar except the Screen size and Battery.Unlike Apple Google does not compromise between specs among its phone, which means the bigger screen phone does not have any more magical powers as compared to its smaller version. Apple seems to think in the exact opposite way of this, this can be seen in its many phones released earlier.

For comparison of iPhone X vs Pixel 2, you can find hundreds of iPhone x review and pixel 2 review online. But the key factor in distinguishing the better phone among the two for most people is performance. And right out of the bag, we can say the iPhone X beats Google’s Pixel 2 in that area.

As you can see by the most famous benchmark tools that iPhone is actually on the top of the pyramid, period. Whenever a new iPhone is a release and it takes the Antutu Benchmark, it scores top. This has become a norm now, and frankly should be expected from a company like Apple which sells its products at this price point. In this area, the war of iPhone X vs Pixel 2 seems to end in favor of iPhone X. However if you are going for the Pixel 2, and giving up some performance for a budget. Then the Google pixel 2 is hands down the best phone in its price range.

Although there can be an ever-going debate on who’s camera is better. But we have to keep in mind that the specs of hardware work hand in hand with software. And Google is the master at that. Technological companies around the world use Google’s developer tools and Google authentication is a must in every web app you find online.

What this means for Google is that. Its hardware is not limited to company’s own upgrade. Many Altered custom roms can be found online, and you can make one too(if you do know how to mend a little bit with technology). Meaning the customer experience on Google Products can even surpass company’s own expectations. Such cannot be said about Apple.

As Even registering a new App on The Apple store is way more complicated than releasing one on Google Play store. Maybe this is the reason why there are more Android Apps in the market as compared to IOS apps (This and the number of users too).

Conclusion for iPhone X vs Pixel 2

Well, Both iPhone X and Google Pixel 2 are amazing phones. If you have the budget and want to impress some people, we suggest iPhone X.
Its simple, easy to use and has the best performance in the market.

But if you don’t mind getting your hands dirty with whats under the hood (speaking software wise) or just want something amazing on a smaller budget and a big community. Then Google Pixel 2 or Pixel 2 XL is the way to go. 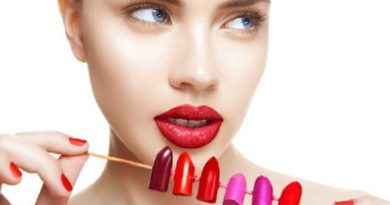 How To Choose The Right Lipstick Shade For Your Skin Tone